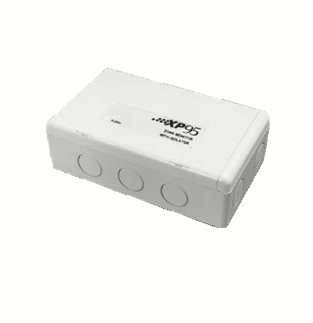 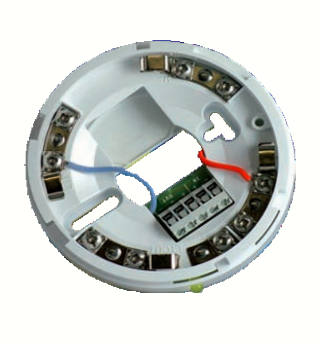 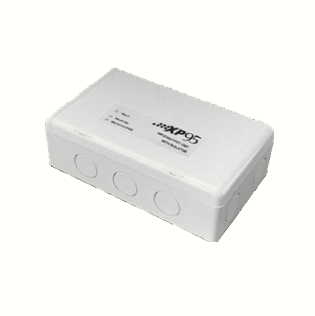 The Context Plus XP95 Zone Monitor powers and

controls the operation of a zone of up to 20 Series 65  conventional fire detectors from a loop of Context  Plus analogue addressable detectors and interfaces.

5.1kW end-of-line resistor is fitted to detector cables for open- and short-circuit  faults. Alternatively, an active end-of-line monitor may be used in conjunction with  diode bases and a capacitor of up to 50µF fitted at the Zone Monitor wiring  terminals.

In either case an analogue value of 4 is transmitted during open- or short-circuit  faults. The Zone Monitor is fitted with a bi-directional short circuit isolator and will  be unaffected by loop short circuits on either the loop input or loop output.

The Zone Monitor is loop powered and operates at 17–28V DC with protocol  pulses of 5–9V.

The Zone Monitor is supplied with a backbox for surface mounting, and is also  available without the backbox for flush mounting. Both versions are for indoor use  only.

Two LEDs, one red and one yellow, are visible through the front cover of the enclosure.

The red LED is illuminated to indicate that a fire alarm condition has been  detected on the zone wiring.

The yellow LED is illuminated whenever the built-in isolator has sensed a short  circuit loop fault.

There are no reviews yet.

Be the first to review “Context plus 55000-845IMC” Cancel reply
Your custom content goes here. You can add the content for individual product